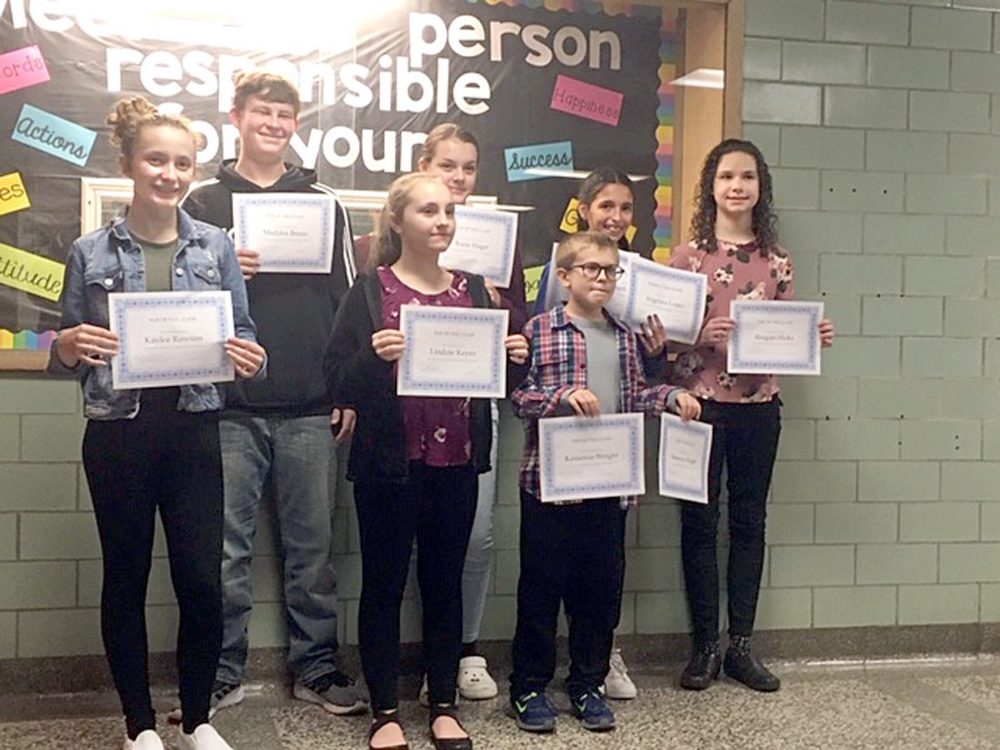 WELLSVILLE–Daw Elementary Principal Rick Prescott awarded students with Top of the Class certificates at Monday’s board of education meeting. The eight students who received the certificates achieved the highest state test scores in the district on the 2018-2019 school year state tests.

“I’m very excited to have all of our students and their family here. I think it’s important that we as a district start to recognize the greatness in all of our students. That’s something here at Daw that we really wanted to stress this year is focusing on the great things that our kids do,” said Prescott.

Angelina Lopez was also recognized for achieving a perfect score on the fifth grade language arts test. Jermiah Robb also achieved a top of class certificate, but he was not present at the meeting.

“Congratulations on the top of the class awards it was a nice presentation, we have lots of good news coming out,” said Board Member Austin Dalrymple.

Prescott also took the time to tell the board about some of the other things he has introduced at Daw Elementary to help engage and educate students.

On Sept. 20 the staff participated in Rock Your School Day, where teachers created a lesson plan that is related to their coursework, but not necessarily in the state standards. Prescott said teachers brought in STEM related activities like building bridges out of LEGOS. He reported students were engaged with the activities.

He reported the school currently has 60 students participating in the fourth through sixth grade bands.

Lastly, he reported Daw has received the Bonnie Hall Grant which he plans to use for peer tutoring. He has identified high school students he would like to have work with younger students.